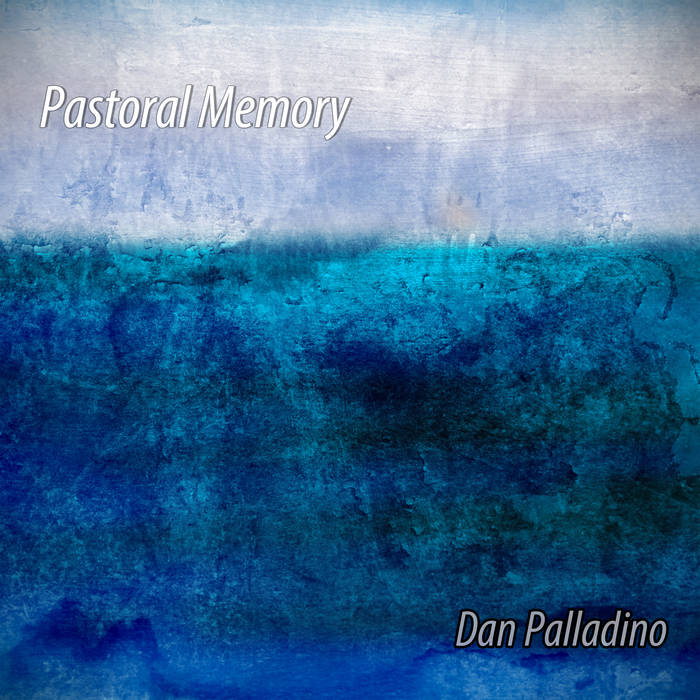 "Palladino has, without a doubt, delivered one of 2019's finest meditation albums." -- BT Fasmer

"...the best ambient album I have heard for a decade..." -- Steve Sheppard

Read the full review by Steve Sheppard at One World Music Radio.

“Pastoral Memory is a big slice of tranquility and a wonderful escape from all that ails you." -- Dyan Garris

Pastoral Memory, my first soundscape release, began with a quest to record nature sounds. I set up a pair of mics to record the joyful birds singing in my yard one fine August morning, and before I knew it, I’d amassed quite a library of birds, crickets, cicadas, streams, and rainstorms. The calming nature recordings influenced the instrumentation that would follow: swirling synth pads, kalimbas, chimes, wooden flutes, harps, voices and eventually, many layers of hypnotic acoustic and electric guitars.

Most of the melodies featured on Pastoral Memory began as improvisations, which is my preferred method of composing. The soothing electric sitar melody which fades off into the distance during “Counting Stars” was one such improvisation, as well as the majestic kalimba melody in “Aftermath”. Once I’d discovered these melodies, I created supporting counter melodies and harmonies to complement them. Accidental interplay came bubbling up each time a new layer was added to the mix.

After many dead ends, and several finished ideas that just didn’t hold up, I arrived at the progression of music you are about to experience. It was only during the final assembly of the album that I began imagining an aural journey through a peaceful summer day. After six years of work, the album had revealed itself to me, and will hopefully reveal itself to you.

Finally, Pastoral Memory is intended to be enjoyed as one long piece. However, for those listeners who may connect with certain sections, I’ve split the album into seven tracks for your convenience.

Whether you listen to the individual tracks, or the entire album in one sitting, I hope the music helps you relax, escape, meditate, and maybe even sleep better at night.


Special thanks to Lynn and Anthony Palladino, Todd Collins, Rick Deardorff, Nick Prout, and Marc Besmanoff for their support and guidance.

Dan Palladino is a guitarist, vocalist, composer, and music instructor based in New Jersey, USA.

In addition to Pastoral Memory, Dan has released two albums with the pop/rock project, The Mung Brothers: Honey, grab your coat! in 2004, and Here We Go! In 2016. Songs from Honey...were licensed for use by MTV’s Cribs, and My Super Sweet Sixteen. Samsung America also licensed the album in 2012. ... more

Bandcamp Daily  your guide to the world of Bandcamp

Featuring Oakland sounds from the Smart Bomb collective and Samplelov.